Super White Dolomite – All You Need To Know! 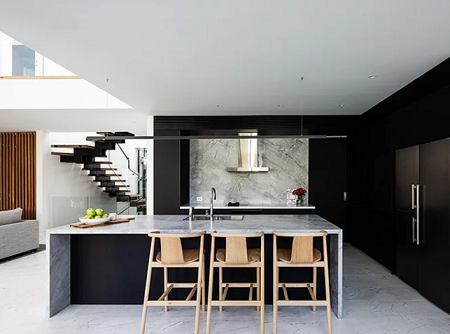 Dolomite is a sedimentary rock that is sometimes known as dolostone or dolomite rock to distinguish it from the mineral. It forms in much the same way as limestone and has many of the same features, such as hardness. It is found mostly in sedimentary basins. It’s also used in a lot of the same places, like construction, where it’s used to neutralise acids.

What is Super White Dolomite?

Super White Dolomite Sydney is a Dolomite variety with a beautiful white coloration and wisps of grey veining. One of the many reasons why Dolomite is quickly becoming an equally beautiful and practical alternative to marble is because it emanates the same lovely milky colours. Super White Dolomite has seen a spike in popularity among renovators, builders, and interior designers in recent years, owing to its ability to combine a stunning appearance with practical practicality.

Dolomite is a much denser natural stone than marble, despite its similar look (though this will vary from slab to slab). This not only makes it less porous, making it ideal for sections of the home where large volumes of liquid are present, such as bathrooms and kitchens, but it also makes it tougher.

Dolomite is used in a variety of applications due to its versatility and durability. Kitchen benchtops and splashbacks, as well as bathroom vanities, floors, and bathtubs, are the most typical uses for Super White Dolomite in the home. Low porosity, great water resistance, and extraordinary toughness make this more than simply a trendy pick; it’s also a practical one.

Construction – dolomite is crushed and utilised as an aggregate in a variety of projects, as well as being used to make ceramics and glass. It’s calcined to make lime and used to neutralise acids in the chemical industry.

There are several reasons why this refined and ageless stone is frequently chosen for both inside and external building construction.

While Super White Dolomite is growing more popular due to its visual appeal and seductive attraction as a marble-like stone, it doesn’t mean you can’t personalise your slab selection. Dolomite stone benchtops are similar to other natural stones in that no two are alike.

Resistant to Heat and Pressure

If you’re installing Super White Dolomite in a kitchen or bathroom, you’ll need more than just a non-porous surface; you’ll also need something that can withstand heat. Because dolomite is heat and pressure resistant, as well as acidic etching, using it as a backsplash or countertop is a no-brainer.

The key to enjoying the rich elegance that Super White Dolomite has to offer is to keep it super white. Fortunately, Dolomite is simple to clean on a regular basis and will last for many years if properly sealed and resealed every couple of years.

If you have any queries about super white dolomite cost, you can contact Avant Stone.